Decision made for me - FORGE WORLD arrives!!

When I got home there was a package from Forge World sitting on the dinning room table. Let's look at the contents of the box: 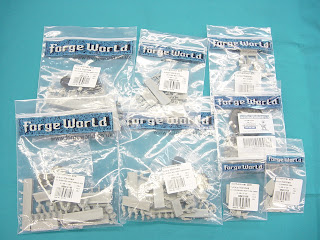 
The direction I will be going in for the Colonial GT is:


This week I plan to paint up the 5 space marines in the MK3 Iron Armor and replace the four marines in this unit: 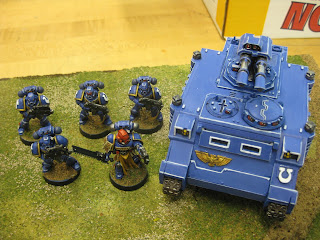 I  really like the sergeant in this unit. The figure itself is cool - it's an older metal figure - plus I think it is one of my better paint jobs. This is the unit, plus the Razorback, that I will improve on.
The Stout Smurf
Posted by The Stout Smurf at 6:47 PM