Here is a treat for you -  Brian Robinette, aka herzogbrian, has agreed to put together and paint up an Old Glory Sloop for the game at Cold Wars. herzogbrian is a terrific modeler and painter ( I will post pictures of his "Chocolate Swiss"  - Gnome Wars Swiss figures that he converted and painted - the best themed unit I have ever seen - I still laugh when I see the pictures) and I was thrilled when he offered to do the ship.

I asked him if he would mind putting together some posts to give you guys the step-by-step of someone who actually knows what they are doing. The maroon words are the captions that herzogbrian emailed me: 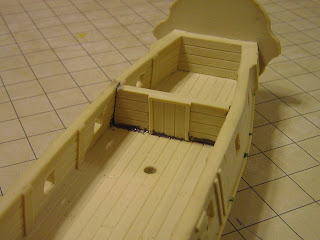 Added magnets so quarterdeck could be removed as needed: 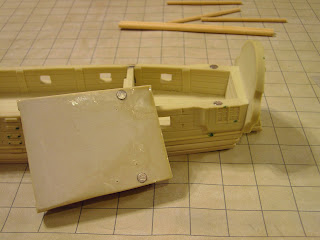 Added railing from some bitz I had from the OG Adventure Brig: 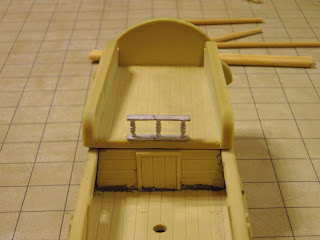 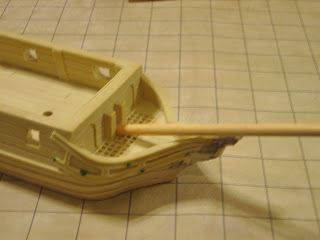 Hit the figurehead with a black wash so that you can see the level of muddy detail that was there.  I would like to have seen one of the first few casts of this boat because I think that the mermaid might have been quite nice, but by the time this model was cast, the figurehead was a blob: 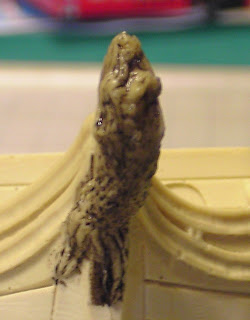 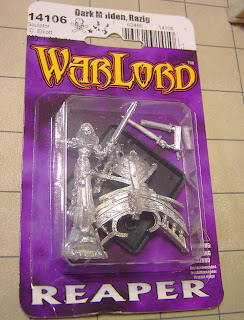 The old figurehead cut away and sized up for the new one to be installed: 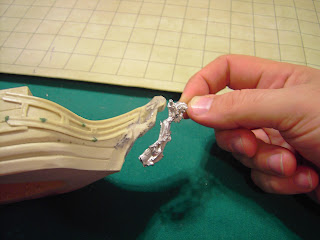