To All,
The Battle of Saragarhi, Gnome Wars style, started out with some German deployment issues. They decided to keep units in column on the road, which is a great way to get across the board quickly, but a terrible formation if you do not want to get trampled by a charging War Elephant. 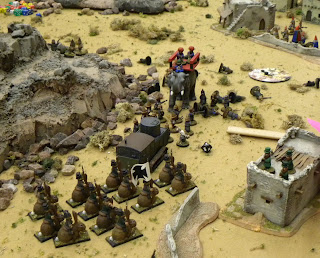 Which is, as you can see here, is exactly what happened. The war elephant was able to move first and decimated a full German unit before they even had a chance to move a figure. This was devastating to the German players who, as we like to sat in Connecticut, "went into the bunker." The players then sent in their troops piecemeal and got chopped up. 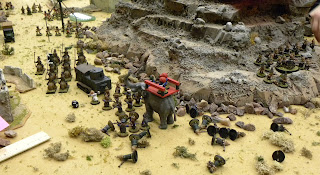 (Sikh reserves keeping out of sight) 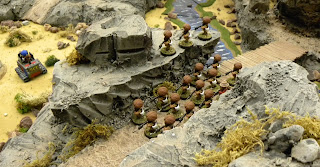 After a couple of turns and some tough fighting, The Germans managed to take the heavy mortar on top of the building in the upper left of the picture. The only problem is that it cost them the rest of the unit to get there, and the gnomes were dead when the Swiss card came up. 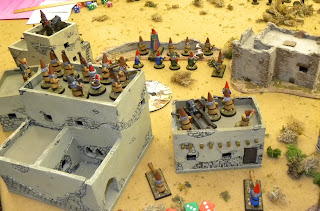 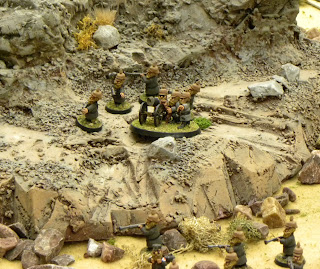 ....and here we see the unit victimized by the Cheese Thrower.(After two turns the dreaded "Cheese Suffocation" rule comes into play) 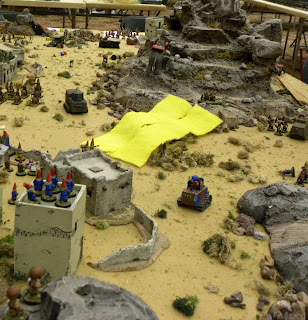 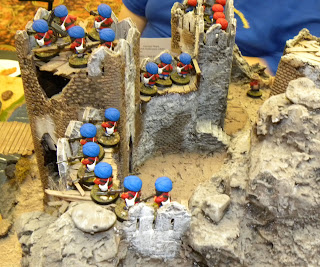 The last of the Germans attempt a suicide run to the fort.... 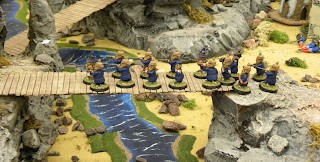 ...and bravely, or foolishly, stand on the bridge. 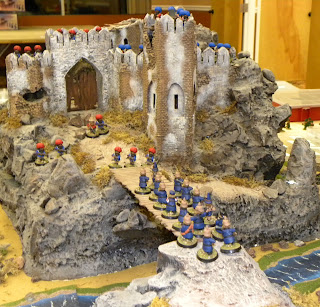 The Orangemen, abandoned by the Germans for the second time that day, wade into the fray and end up serving up some pain to the Swiss. 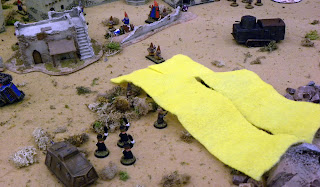 Did our friends decide to take a nap before the assault? 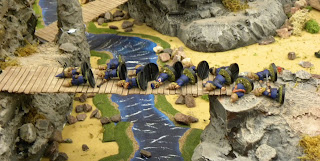 Unfortunately they took a 'dirt nap' when the Sikh card comes up, thus ending the Gnome Wars version of the Battle of Saragarhi. 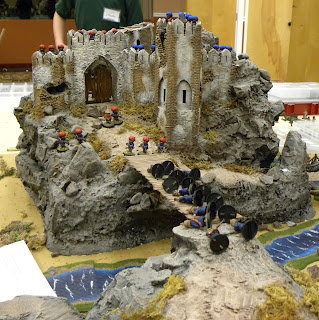