Gnome Wars at Fall In: The Battle of Tulgas

Here is a sequential group of pictures for the Battle of Tuglas run on Friday afternoon at Fall In.

Allies in the trench and town, Germans, Japanese and Russians (plus dinosaurs) attacking.  That attackers make their first move heading toward the barbed wire. 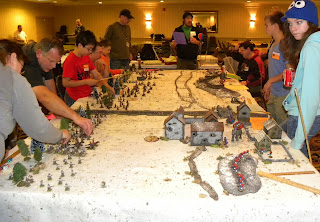 The attackers lead with their cavalry hoping a speedy attack will startle the defenders: 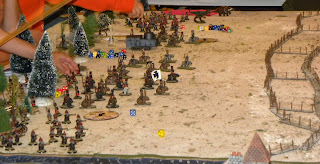 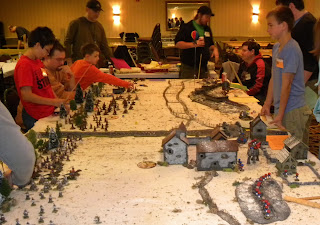 ...while to the South it is a coordinated, planned attack. 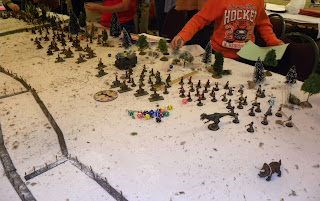 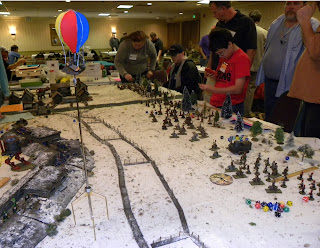 The attackers get to within rifle range, and Kevin and Scott (two of the most experienced and best  Gnome Wars players) start giving out dirt naps. 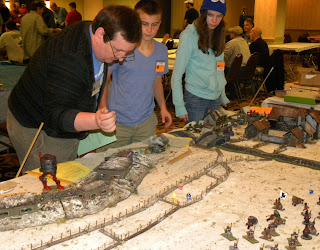 The action starts to heat up South of the river.... 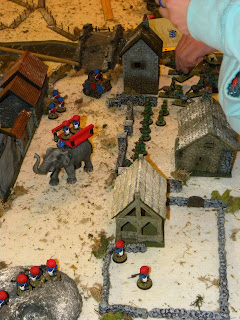 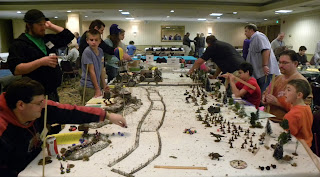 Thee assault continues. At this point I thought the attackers had no chance. The defenders were rolling well and the attack seemed disorganized and fragmented. 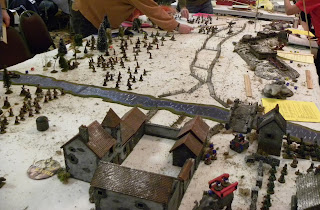 The triceratops smashes through the wire, but the Swiss Cheese thrower emerges from the trench and encases the dinosaur. The dinosaur later suffocates under the cheese. 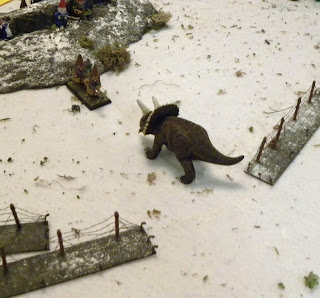 The Russian cav jumps over the wire, but gets caught in 'no gnome's land' and get gunned down. At this point I would have bet on a defender victory.... but then the attackers start using their artillery and tanks to blow holes in the wire.... 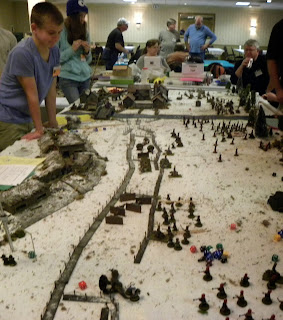 ...and you can see the breakthroughs at both ends of the trench. 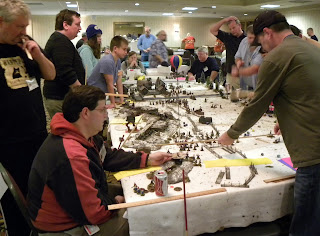 To the south, the attackers start slowly and steadily clearing the buildings and the slit trench. 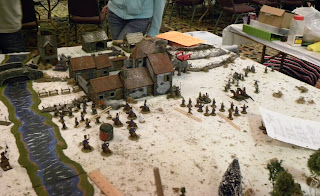 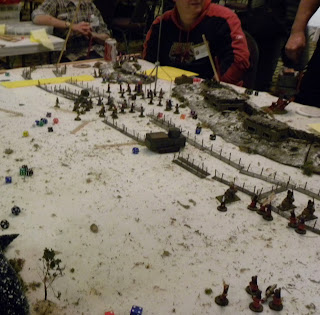 The attackers make for the objective, the bridge. They capture it for the WIN!

I was awarded the "Young Guns" award for the game. I am honored. 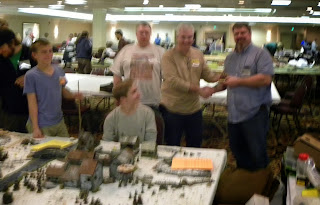