The third table was the Raid on New Providence. Each of the different nationalities had a stronghold to defend until their Treasure Island gold showed up.

Here is the initial set-up and the players reading the cards. In the Gnome Wars each player gets a unit card that has all the statics and special abilities for the unit/nationality. 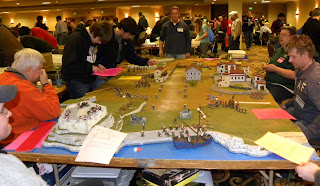 Eric Jacobson is the gentleman in the green shirt. He is an excellent Gnome Wars player, but an even better GM. My son prefers when Eric is running the game over me. (Nice!) 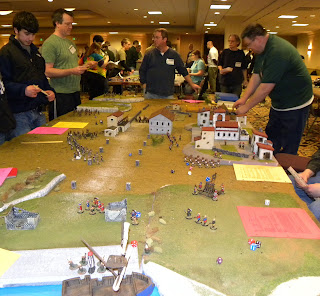 The different units jockeyed for position and set up their defenses. They had to defend against each other, British Marines, and zombies. 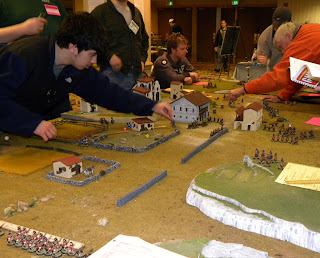 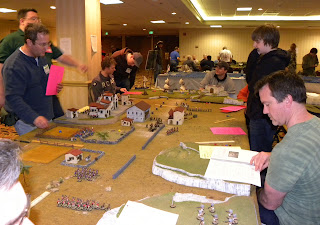 Here the Swiss move up to take out some zombies..... 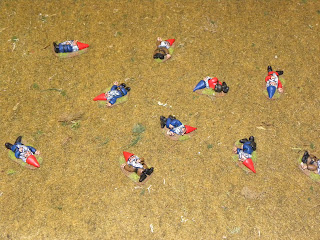 I don't know who, but someone blew the roof off of the German HQ...... 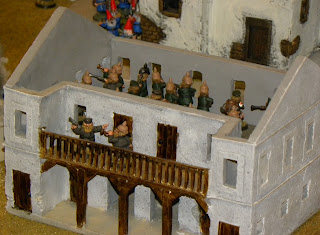