On June 9th I attended Fire In The East, A.K.A NJCON, in Edison, NJ. I always enjoy this convention. I played in The Battle of Bauge, March 1421 a Modified Tactica event put on by John Spiess.

Here is the game description:
The Battle of Bauge, March 1421
With Henry V back in England, the army was now commanded by his brother Thomas, 1st Duke of Clarence. He engaged a combined Franco-Scots army at Bauge. Instead of waiting for his entire army to assemble, he attacked with only a portion of troops, leading to a great defeat and his own death. What would have happened if he had waited just a few more hours for his archers to return from foraging? 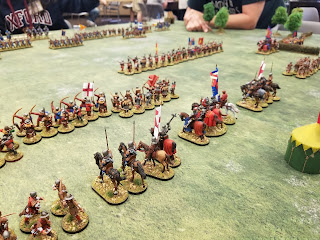 Our first moves were to send the archers out to start peppering the Franco-Scots and see what they would do.... 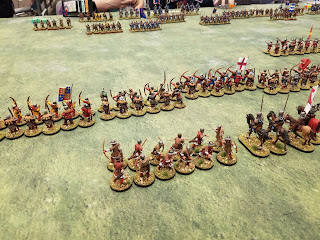 ...they responded by moving their archers and crossbowmen out to answer. 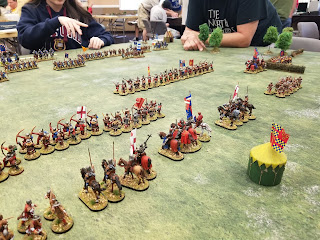 The original English plan of "let's take it to them" was quickly modified (after we lost a couple of units) to "let's move out, draw them in, then reform our line and see if we hold." 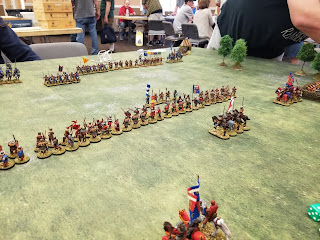 Here we have moved our right out and they counter by sending units toward the gap in our line. 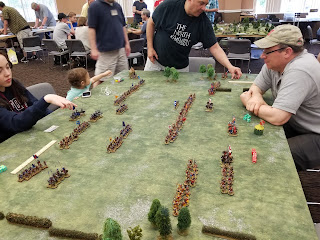 The next few turns have us reforming out lines....... 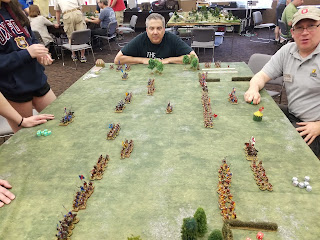 ...and the Franco-Scots continue to press. 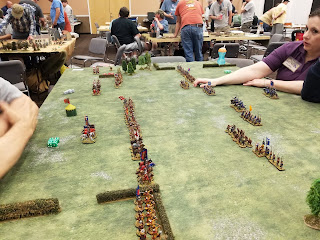 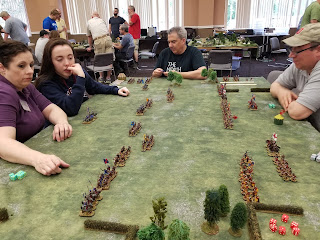 We left a gap in our center/left in attempt in an attempt to have them press there and then close with our mounted knights..... 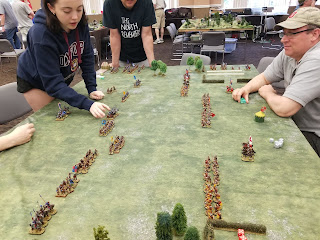 A few turns later you can see the result of the archer fire by comparing the picture above and below. 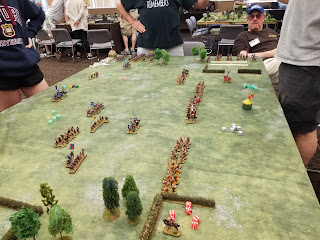 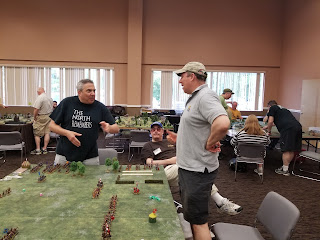 John put on a great game and as always, the figures were tremendous!!
Posted by The Stout Smurf at 7:02 PM