Our first game at Historicon took place on Thursday afternoon. Each of the Gnome Homeworlds sent a small patrol into the village near Elmore's Castle to investigate reports of strange happenings. 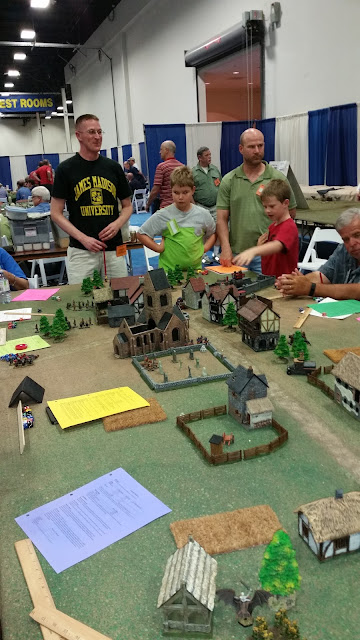 Each group was sent to explore, find supplies, and secure a spot to "hunker down" for the night. 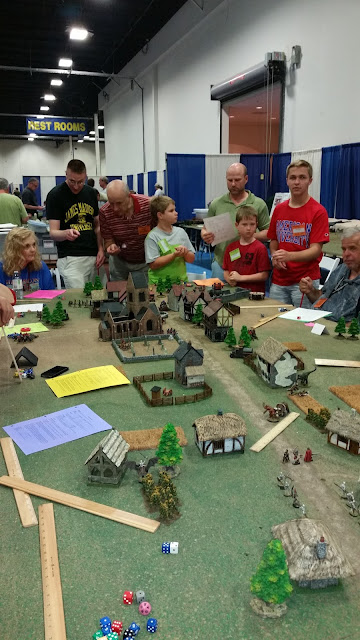 This father and son team were playing the Irish. They accomplished everything they were supposed to. The kid had a plan and executed it perfectly. 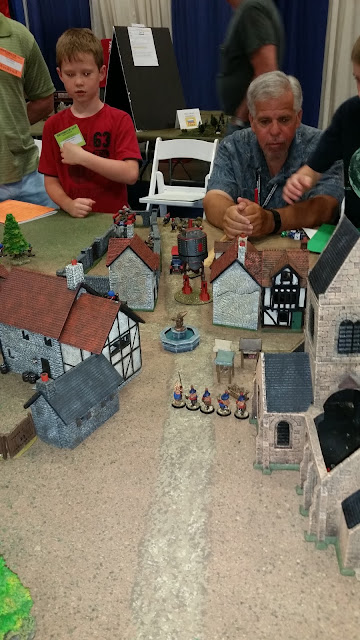 Some cultists appeared and were headed for the statue near the fountain. Maybe they just wanted a drink...... 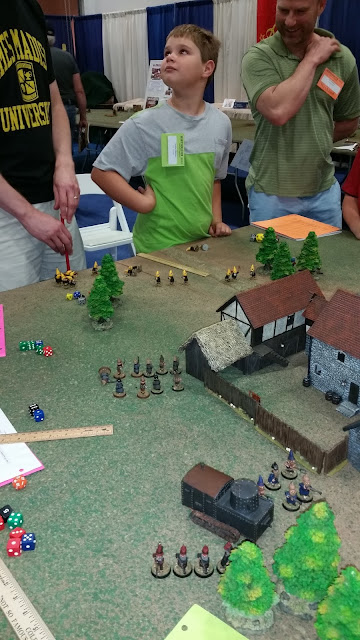 ...but instead they started urinating on the statue and into the fountain.Good lord, it's a band of evil Urinitius cultist. They empty their bladders and unleash the zombie horde. 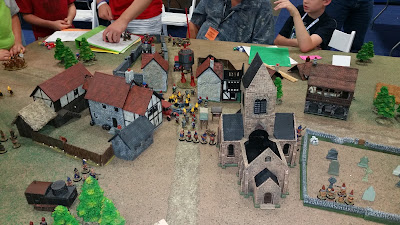 Andrew and Gavin, both veteran Gnome Wars players both turned to me and asked if there was any holy water around. (dumping holy water in the fountain stops the zombies from coming) I simply pointed to the church. 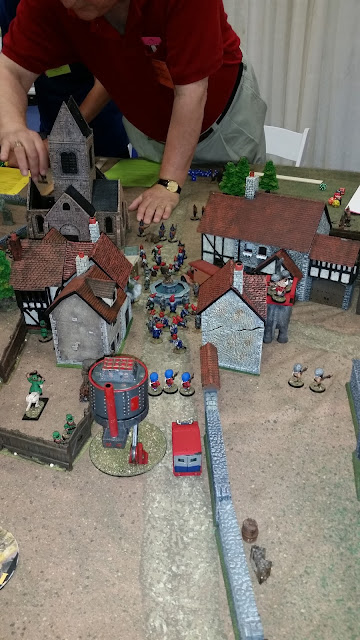 As the Swiss and Highlanders attended to the holy water task, The Sikhs rush immediately into the fray with elephants trampling and machine guns tearing zombies apart. 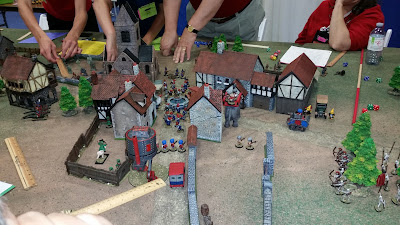 The Cultists try their best to hold onto the fountain and to continue to desecrate the statue but the Germans (and their tank) hold onto the Eastern side of the square. They formed up and continued to fire into the massed horde. The Irish reluctantly, but with devastating effect, send the walker to  fire canister from the West. 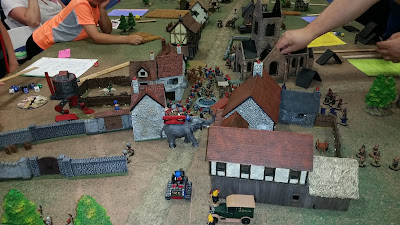 The Swiss and Highlanders, with Holy water in hand, both calmly sit wait for the right time to emerge. 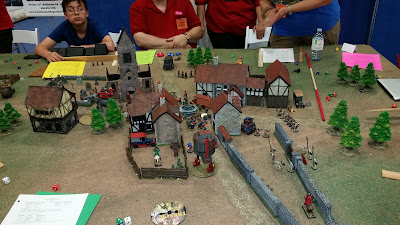 The Cultists' leader is wounded and the Sikhs turn to finish him off. A unit of skeletons rush in help him get away. 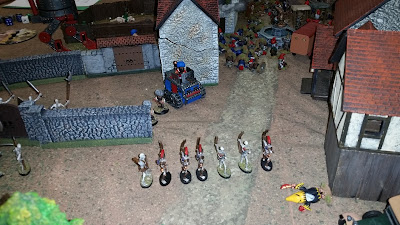 With the zombies thinning out, the Swiss and Highlanders make their move and get the holy water into the fountain. Also at this point, the Irish went into the bakery and pissed off the gingerbread men. They took up candycanes and went out into the street. 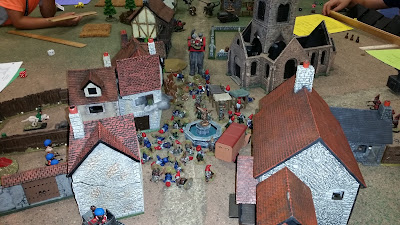 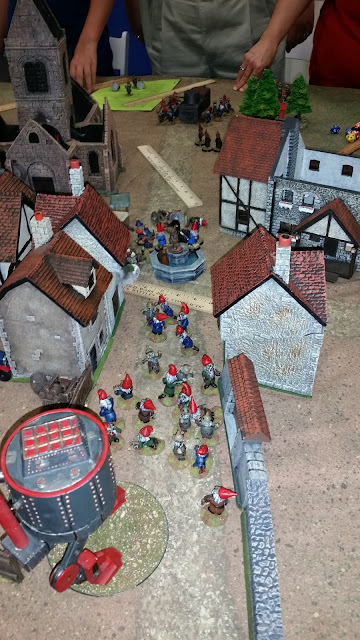 With the greater threat gone it was time for mop-up duty. 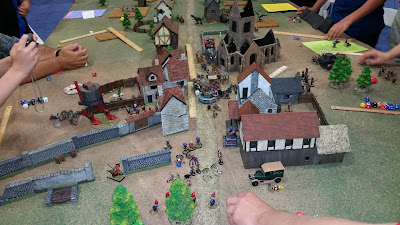 It was time for gnomes and MBA bucks. Everyone walked a well deserved prize!
Posted by The Stout Smurf at 10:33 PM